Join professional Musical Director Corey Gerrard in a series of online Virtual Choir sessions, learning ensemble vocal techniques and a brilliant song that all participants will learn together.

Classes will be held every Thursday evening from 6.30pm – 7.30pm using the Zoom video conferencing platform. Zoom is available as a free download on computers and mobile devices. Following the series of online virtual rehearsals, participants will be invited to video record their very own performance before the Be Amazing team edit everyone’s performance together to create one Virtual Choir ‘supercut’!

Each session will consist of a vocal warm-up where we will discuss the importance of a vocal warm-up before we start singing. We will work through fun vocal warm-ups to help control and support breathing, improve tuning and to help to extend your range comfortably. We will also work on vocal exercises to sing harmonies and other experiences to ensure that you are prepared to record your performance.

Each week we will learn and work on a new section of the song to ensure that you are ready to record your performance!

We want to see families of all ages and abilities getting involved. It’s so important in these very strange times to keep connected, spend time together, meet new people, learn new skills and let off some steam… and what a better way than having a big sing-song with the family!

No experience is necessary! Just a love for singing. Participants are ‘muted’ for the majority of each session, so there’s no need to be embarrassed. This is designed to be a lot of fun and to stay connected during these challenging times!

£12 per household for the 4 week progamme! 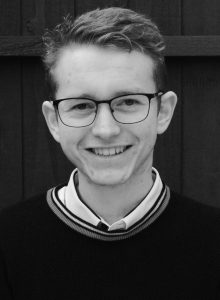 Corey works as a freelance musician in Yorkshire and Greater Manchester. He has worked in many areas, including musical direction, music education, function performances, recording sessions and musical theatre.

As well as being musically directing various performances, he has played keyboards in numerous pit bands for shows recently including, ‘Legally Blonde’, ‘CATS’, ‘Sleeping Beauty’, ‘Made In Dagenham’, ‘Sister Act’, ‘Oliver!’, ’The Addams Family’, ‘All Shook Up’, ‘Ghost’, ‘Into The Woods’, ‘Aladdin’, ‘Anything Goes’, Guys and Dolls’, ‘Joseph and the Technicolor Dreamcoat’, and many more. 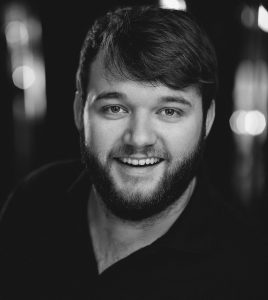 James is a singer, performer, director and producer. James has worked in many aspects of the entertainment industry throughout Yorkshire and the UK.

James is a theatre producer and director for both professional and youth theatre. James’ professional productions, including the touring show ‘West End Nights’, have been resident shows in theatres, touring theatre shows visiting venues throughout Yorkshire, and summer seasons at Europe’s largest Open Air Theatre. In the world of youth theatre, James has produced and directed musicals such as Guys & Dolls, Our House, Rock of Ages, Joseph, The Wizard of Oz and Sister Act.

HOW TO GET INVOLVED

Registrations are now closed. For further information please contact us.